A Visit from Our Award-Winning Sthapati

In June 2017, we organized a visit to our temple by Sri Muthiah Sthapati, a renowned expert in Hindu temple architecture who has designed many Hindu temples around the world. This includes more than 32 temples in the USA, among them the Meenakshi temple in Houston and the Ganesh temple in Flushing, NY.

He has received numerous awards and honors including the “Padmashri” by the President of India. He also serves as the Advisor Sthapati for the Government of Tamil Nadu and oversees all official temple projects in the state. Sri Muthiah Sthapati shares a special connection with our temple, being the shilpi responsible for the beautiful vigraham of mother Rajarajeswari.

Accompanying him on this visit was Sri Ashok Mungara, a Houston based architect who developed the architectural and engineering construction documents and oversaw the construction of the Meenakshi temple, working closely with Sri Muthiah Sthapathi. 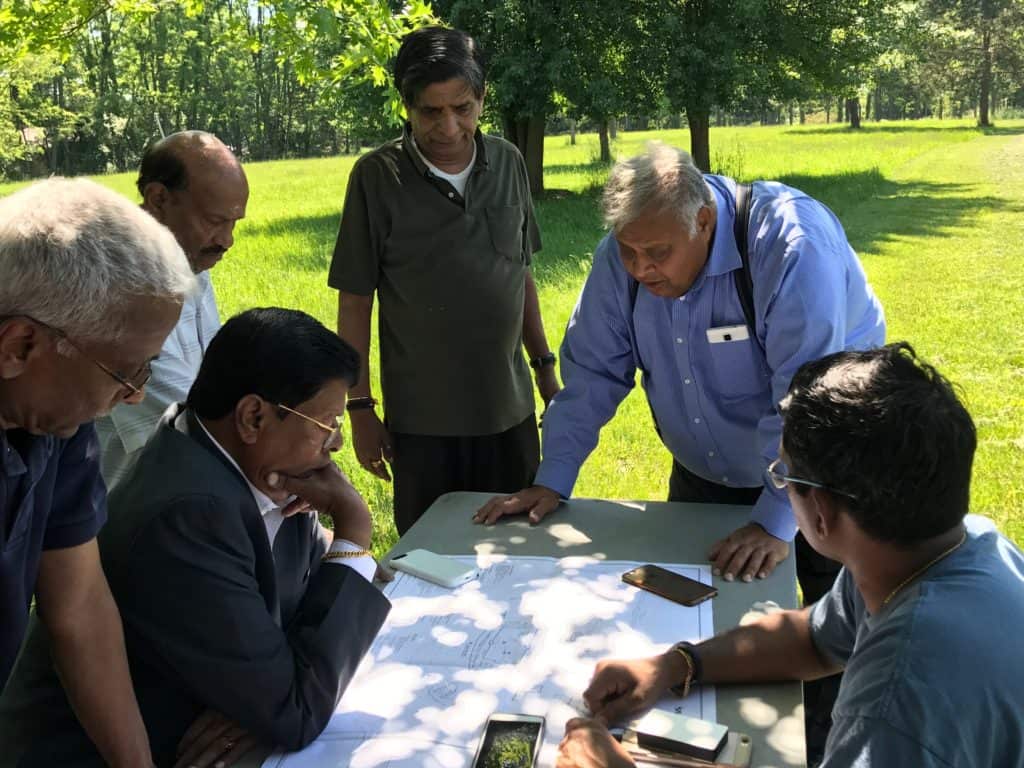 During this visit,  there were detailed discussions between Sri Muthiah Stapathi, Sri Ashok Mungara, Haran Aiya and members of the temple board regarding the conceptual design of the new granite temple, which will include separate sannidhis for Devi, Ganapathi, Muruga and Shiva, and a number of other shrines as well. The conceptual design is now being developed further, and we expect to have initial plans, cost estimates and schedules within the next six months. These and other project updates will be posted to our website at www.srividya.org/rajagopuram.